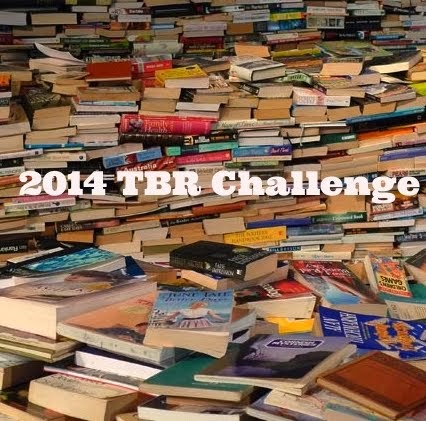 And three months in a row! Woohoo! LOL, I'm amazed at myself, especially given how much I've been blogging lately ^_^; Anyway, it seems I've finally found the winning strategy for staying on top of the challenge: read the TBR book ASAP!

For this month's entry, I chose Playing Hurt by Holly Schindler. This book has been in my TBR pile ever since Ames read and enjoyed it. I was in the mood for YA and it fit the month's theme, "New-to-Me Author," so it was really the perfect book to pick up :)


Star basketball player Chelsea "Nitro" Keyes had the promise of a full ride to college—and everyone's admiration in her hometown. But everything changed senior year, when she took a horrible fall during a game. Now a metal plate holds her together and she feels like a stranger in her own family.

As a graduation present, Chelsea's dad springs for a three-week summer "boot camp" program at a northern Minnesota lake resort. There, she's immediately drawn to her trainer, Clint, a nineteen-year-old ex-hockey player who's haunted by his own traumatic past. As they grow close, Chelsea is torn between her feelings for Clint and her loyalty to her devoted boyfriend back home. Will an unexpected romance just end up causing Chelsea and Clint more pain—or finally heal their heartbreak?

The Story: For once, the blurb is actually spot on. Chelsea Keyes was the star player of her high school basketball team and had a bright future ahead of her. However, it all came to an end when she had a horrible fall during a game. Without basketball, Chelsea doesn't really know who she is... It doesn't help that this injury has put a strain on her relationship with her father who used to be her biggest supporter. Luckily, she had her boyfriend Gabe standing by her side.

Chelsea and her family head to a northern Minnesota lake resort for a last family vacation together before she goes away to college. Wanting to motivate Chelsea, her father signs her up for the "boot camp" program which Clint has just put together. Clint used to be a hockey player, but stopped playing after a tragedy changed his life... And it seems to his entourage that he is still looking for himself.

My Opinion: Okay, so Playing Hurt wasn't really what I expected ^_^; For some reasons, I always thought the story was about Chelsea heading to a physical rehab camp... so I was quite surprised when it turned out to be a family vacation. Then again, even if it had been what I expected, I'm not sure Playing Hurt would have worked better for me :(

As you can guess, I didn't really enjoy Playing Hurt. There were many reasons to it, but in the end, it boils down to a story and characters that failed to engage me. Throughout the book, I thought Ms Schindler did a great job at writing realistic characters and emotions, but I simply couldn't connect with Chelsea and Clint. I felt that both characters ran hot and cold, happy and angry. They both had a tendency to lash at each other, trying to hurt each other when they hurt. It wasn't in an abusive manner, but more like immaturity... a bit like a defense mechanism when they didn't know how to cope with their own feelings. They had so much baggage that it was weird to see them come together romantically, especially so fast. It seems to me their romance was more about physical attraction than emotional connection... kind of lust at first sight and so, they could stay away from each other. It was also hard to swallow given the fact that Chelsea cheated on Gabe... Obviously, nobody likes cheating, but to me, it's not an automatic deal-breaker in a story. However, in Playing Hurt, it was hard to accept given the fact that Chelsea was so conscious of her action. She had the opportunity to break with her boyfriend before carrying on with Clint, she had her brother reminding her of how thin a line she was skating... and yet, she consciously cheated. The worst is that when she came back from her vacation, she still didn't break it off with Gabe or come clean to him. I don't know if she was deluding herself or what, but after all this, it was really hard to me to like Chelsea.

As for the story, well there wasn't really one. Playing Hurt was really about Chelsea and Clint's feelings and baggage... and at the end, I feel it wasn't really resolve. Actually, it was since Chelsea headed to college with a major in mind and Clint picked up a pair of skate... but it feels to me that I missed the journey that led them to their resolution. Perhaps it was just time and they saw the light? ^_^; It also seems like I completely miss the message of the book...

It's quite unfortunate that Playing Hurt didn't work for me because there were elements that I liked about it. Funnily enough, aside from Chelsea and Clint, I actually liked all the other characters and I wished they had been of more use than just background. I liked Chelsea's family, especially her younger brother, and Clint's best friends. I looove sports and also wished it's been more at the foreground. Finally, as I mentioned earlier, Ms Schindler really did a great job making this book realistic and with the right story, she'd have a wowzer.