How are you doing? Sorry for dropping off the face of the earth like that ^_^; It wasn't my intention, but you know how it happens :(

It all started with a girls' shopping trip :) My sister and I have been planning to go to the States for some shopping for a while. Actually, we were supposed to go last year around Canada's Thanksgiving with Ames, but then, I got appendicitis. Consequently, the trip was postponed. We found out that some of my friends were interested. We didn't make it during the summer, so finally, set the date for September. Initially, we were 4... then 5, then 6 and finally, 7 :) Can you imagine how much damage 7 girls can do during a week-end's shopping spree? And boy, was it intense!! Two outlet malls (Merrimack and Wrentham), 1 regular mall, Walmart, Target, DSW, Bed Bath and Beyond, Barnes and Noble, Costco and Trader's Joe... all in 3 days!! Many of us needed a new pair of feet at the end of it all LOL. 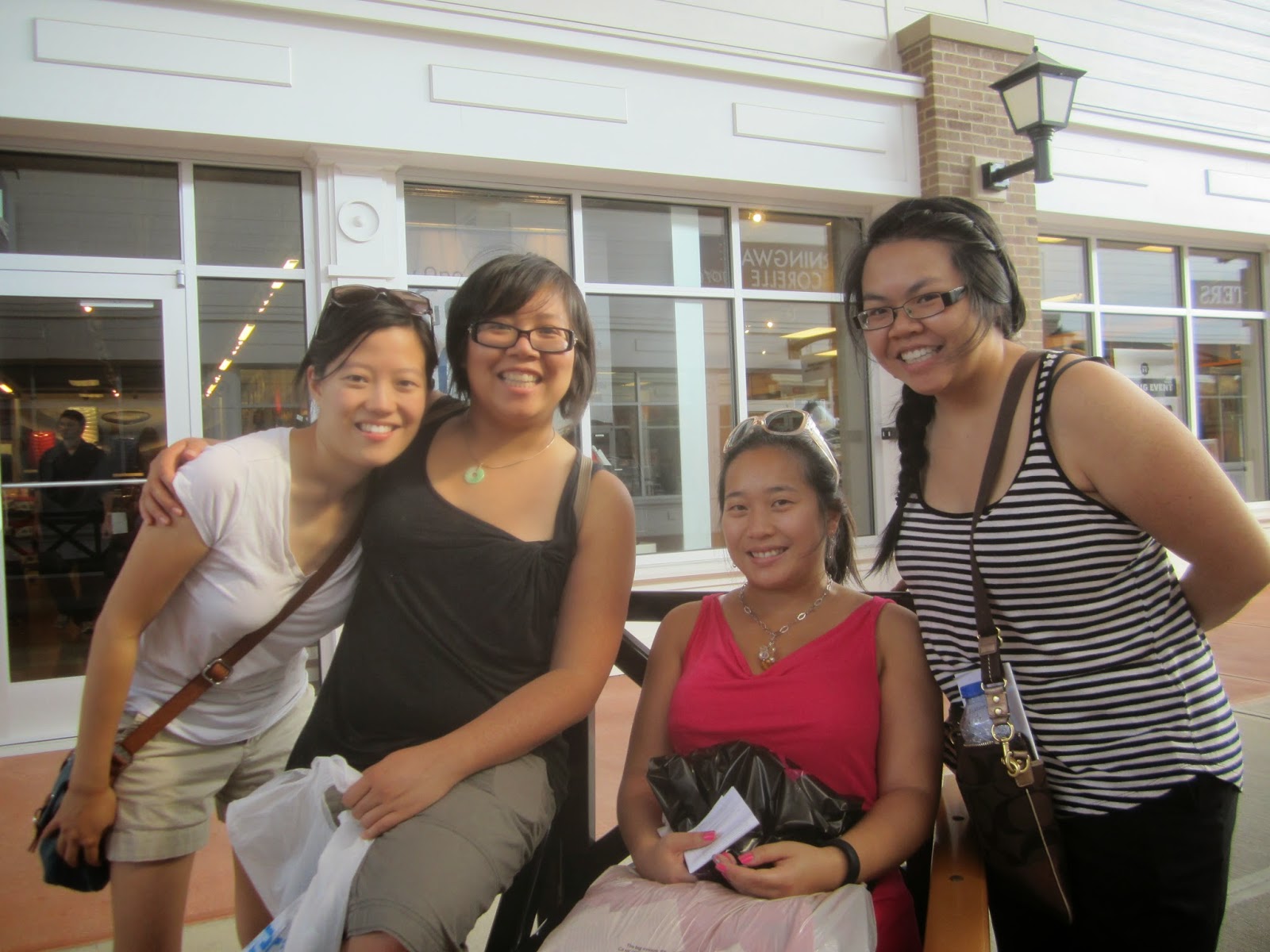 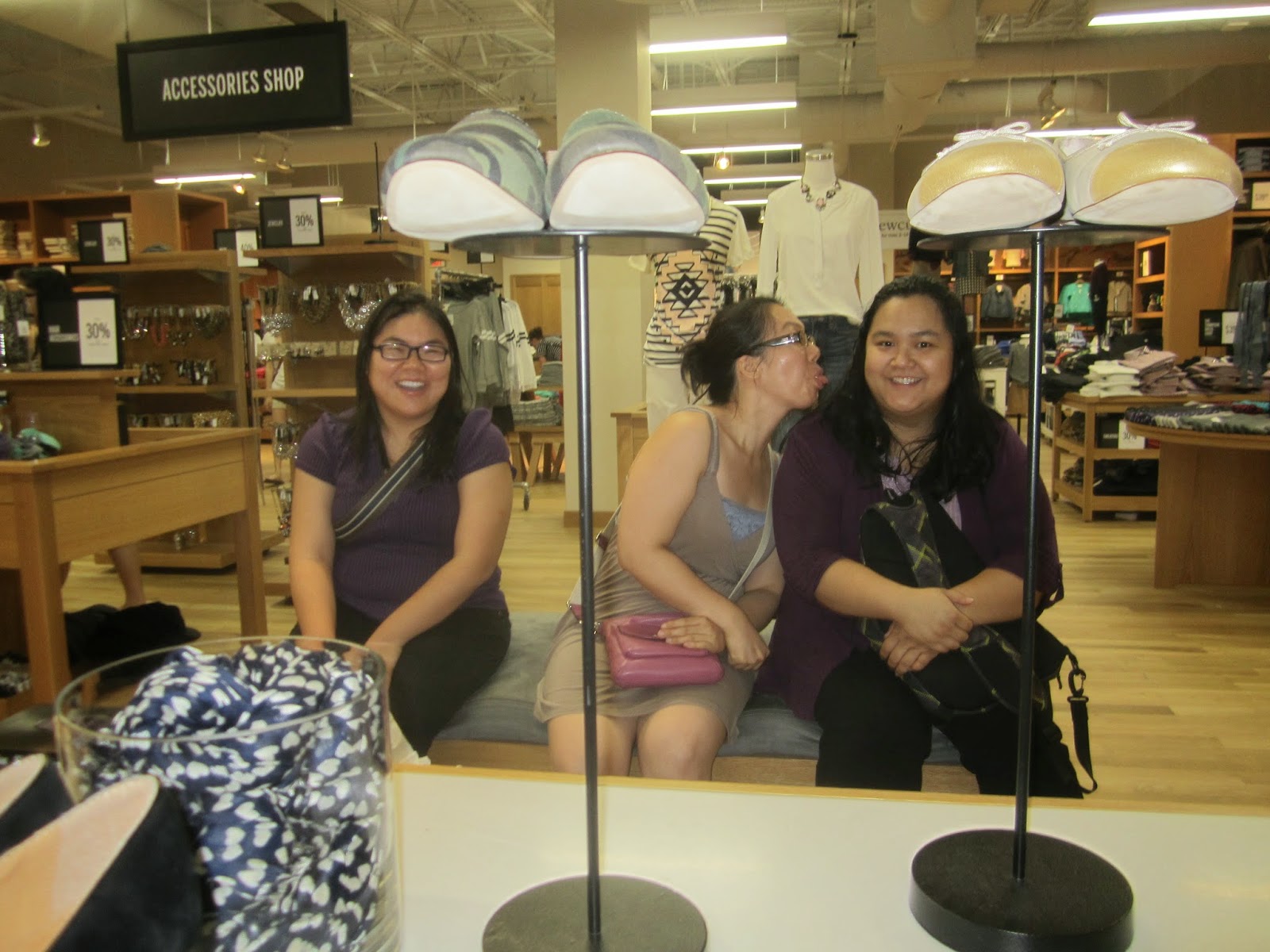 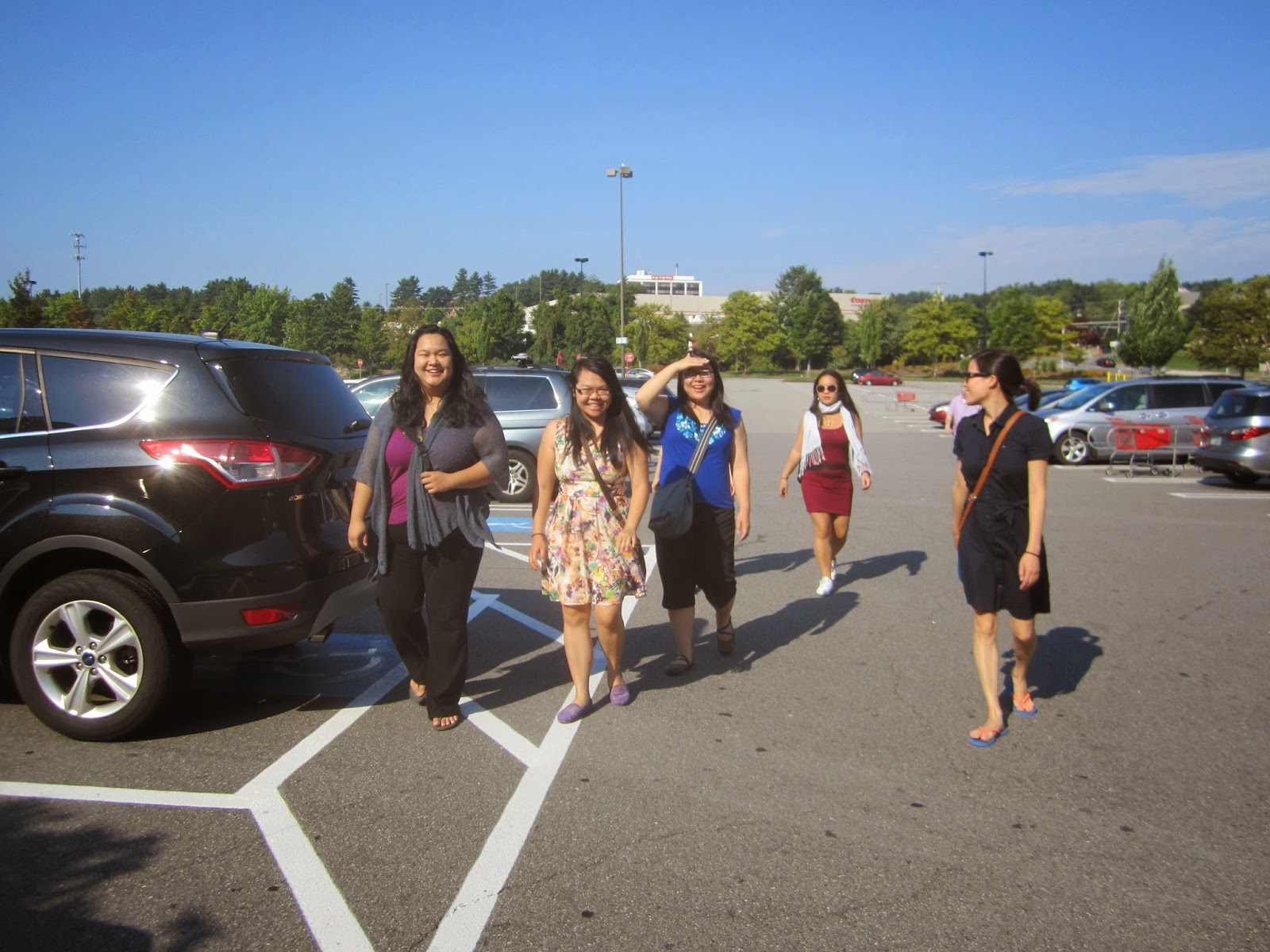 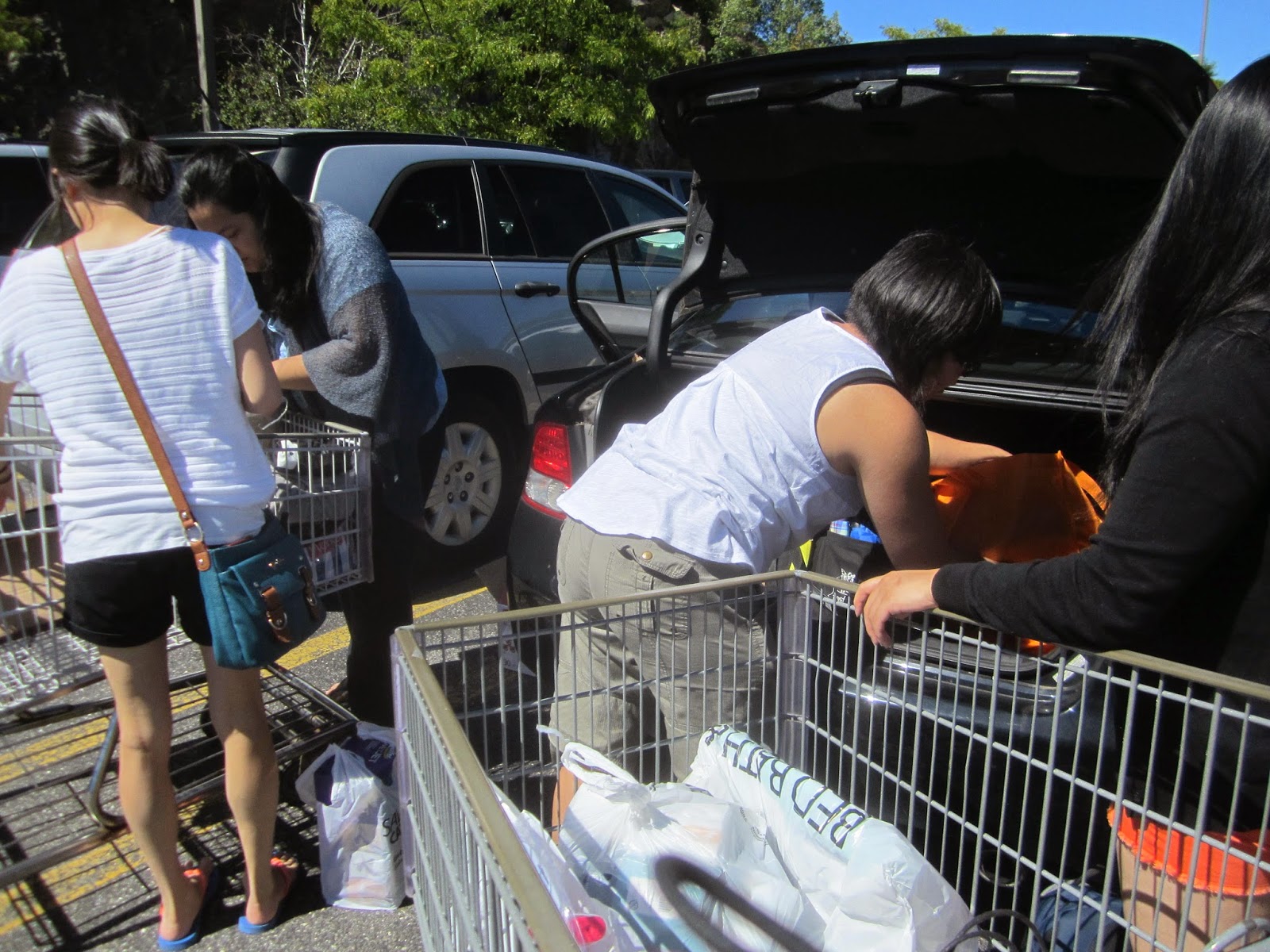 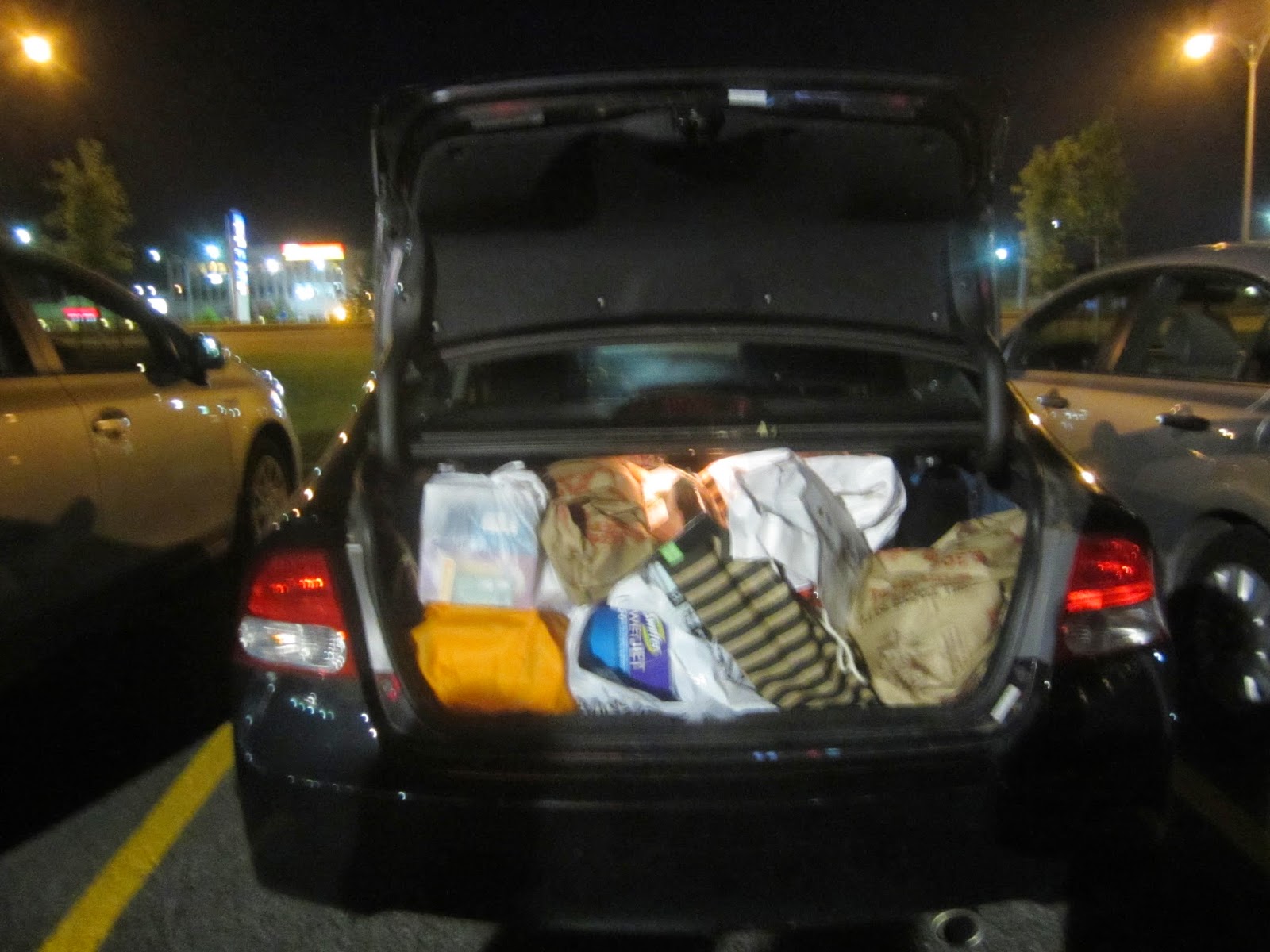 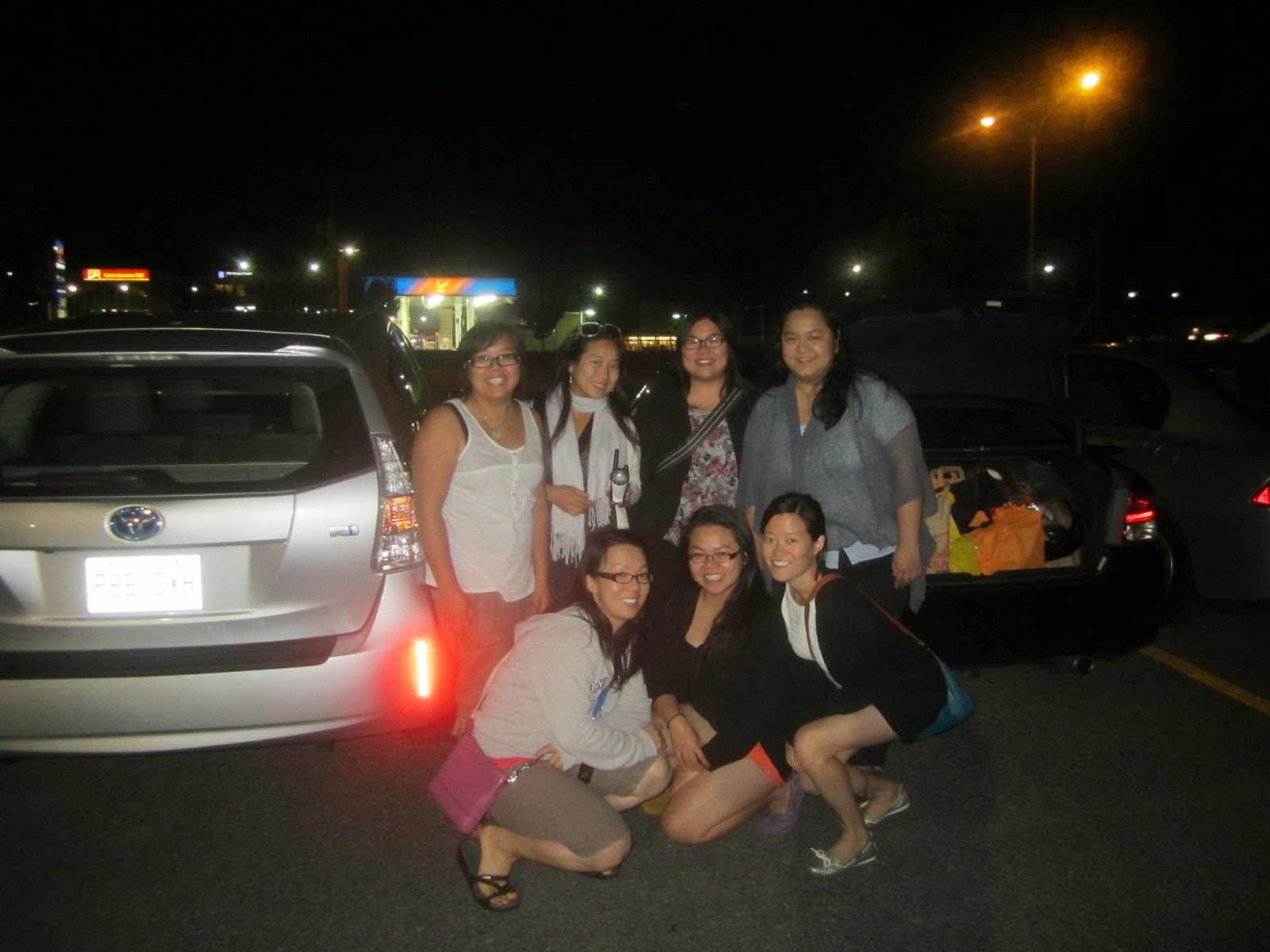 We chose NH because there was no sale tax comparatively to 15% here in Quebec province. We also went to MA for one of the outlet mall and seriously, it was worth it all. The shopping, but also the fun we had!! Because we were 7 and none of us owned a van, we went in two cars... but we were prepared. Had GPS, paper routes from Google maps and walkie talkies. Those walkies came in soooo handy! Not only to communicate between cars, but also when we split up. It sounds a bit extreme to be walking around with walkie talkies, but when you can't use your cell phones... 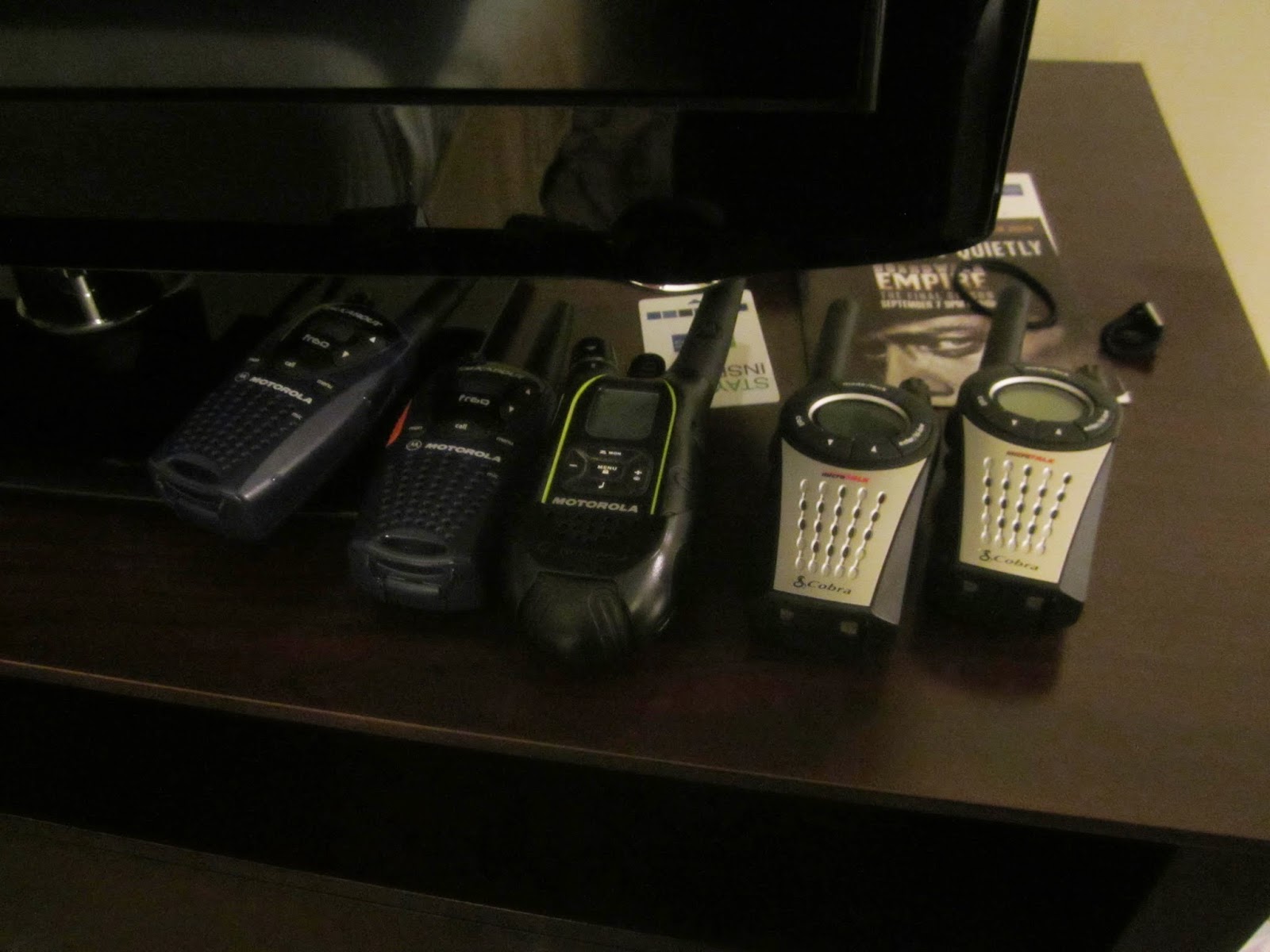 In the end, I was the one who bought the least. I think part of it though is I was too busy taking pictures and videos. Still, my loot was not bad. Also, it helped some of my friends that went crazy LOL. 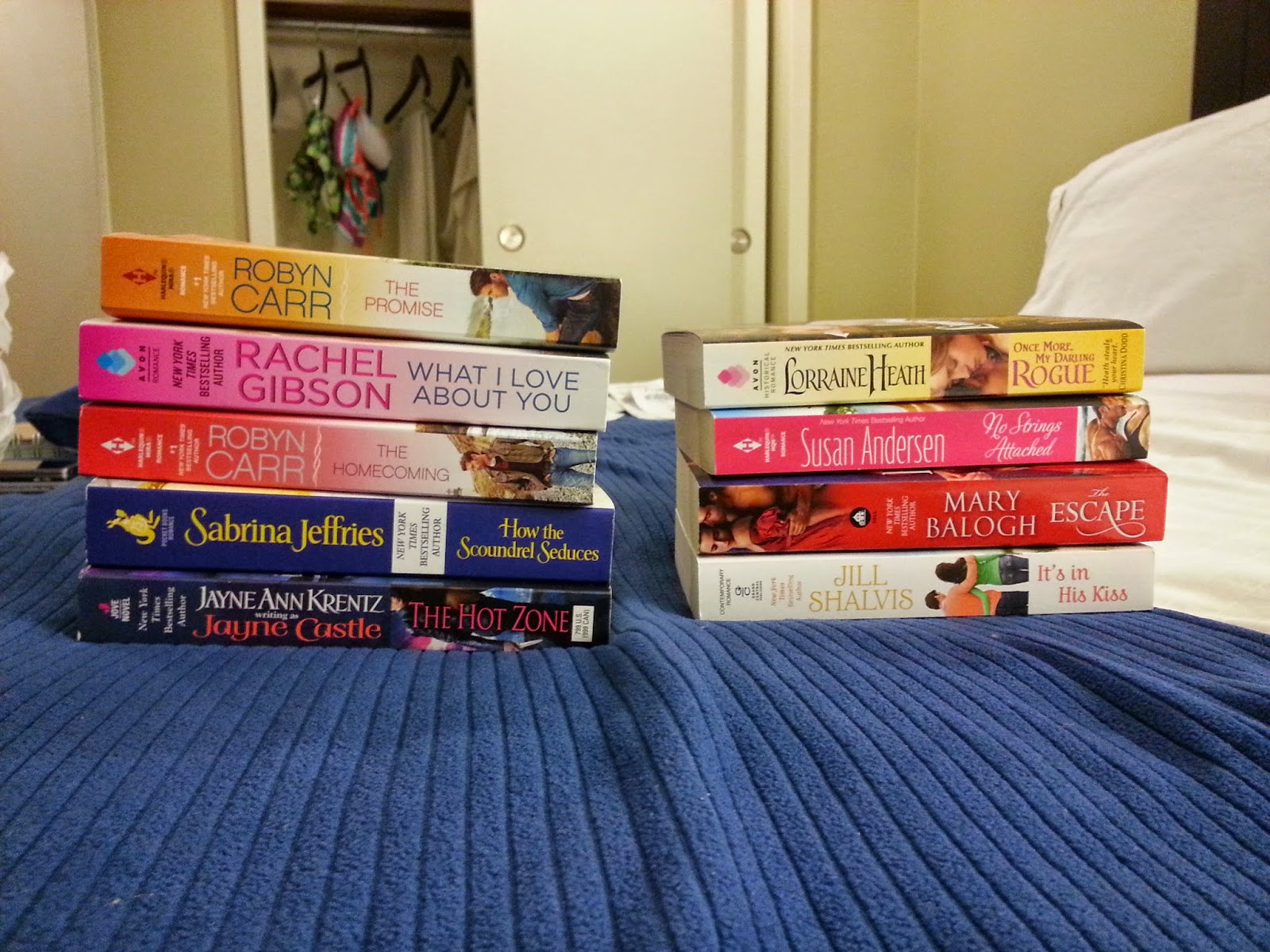 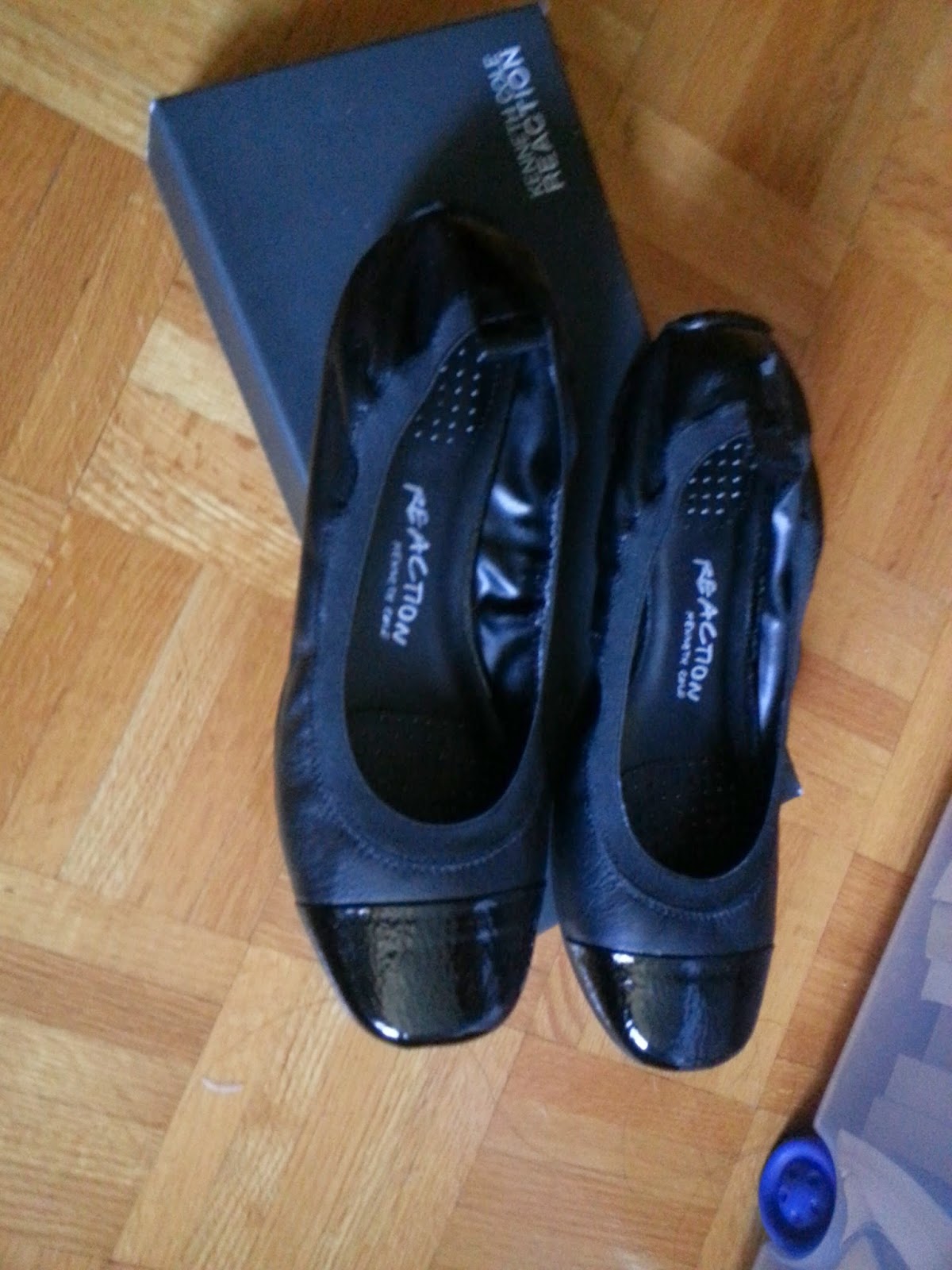 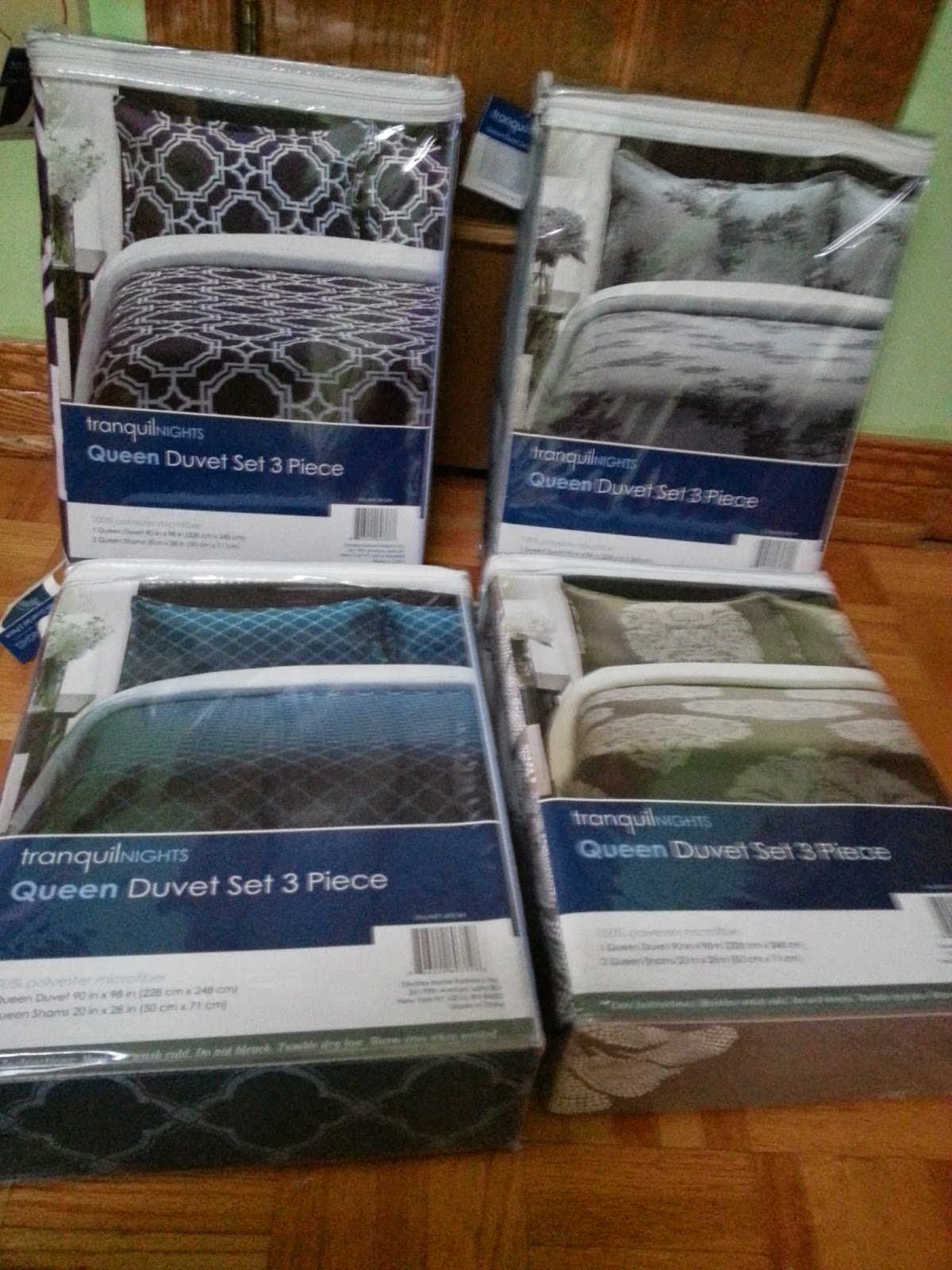 Not bad right? In addition to that, I have a top from DNKY... but it's all wrinkly right now ^_^; Seriously, it took me a week to recover from that week-end away :) But I would do it again in a heart beat :)

Not too long ago, we got news that one of the bookstores in downtown Montreal, Chapters, was closing on October 4th. While it saddened me a lot, it was kind of predictable. First, there's only really one bookstore chain of books in Canada and that's Chapters/Indigo... and in downtown Montreal, there's a Chapters and an Indigo on the same street, 3 blocks apart ^_^; With the way the industry is going, I think it is a good decision. Still sad though. Anyway, a few years ago, one of their other bookstores closed and there wasn't any sale of any kind... So I didn't expect Chapters to have a closing sale... but boy, was I wrong. It was 50% off on everything in store!! It started last Monday, but crap, I only found out on Wednesday! Still, Wednesday was enough to make enough damage LOL. 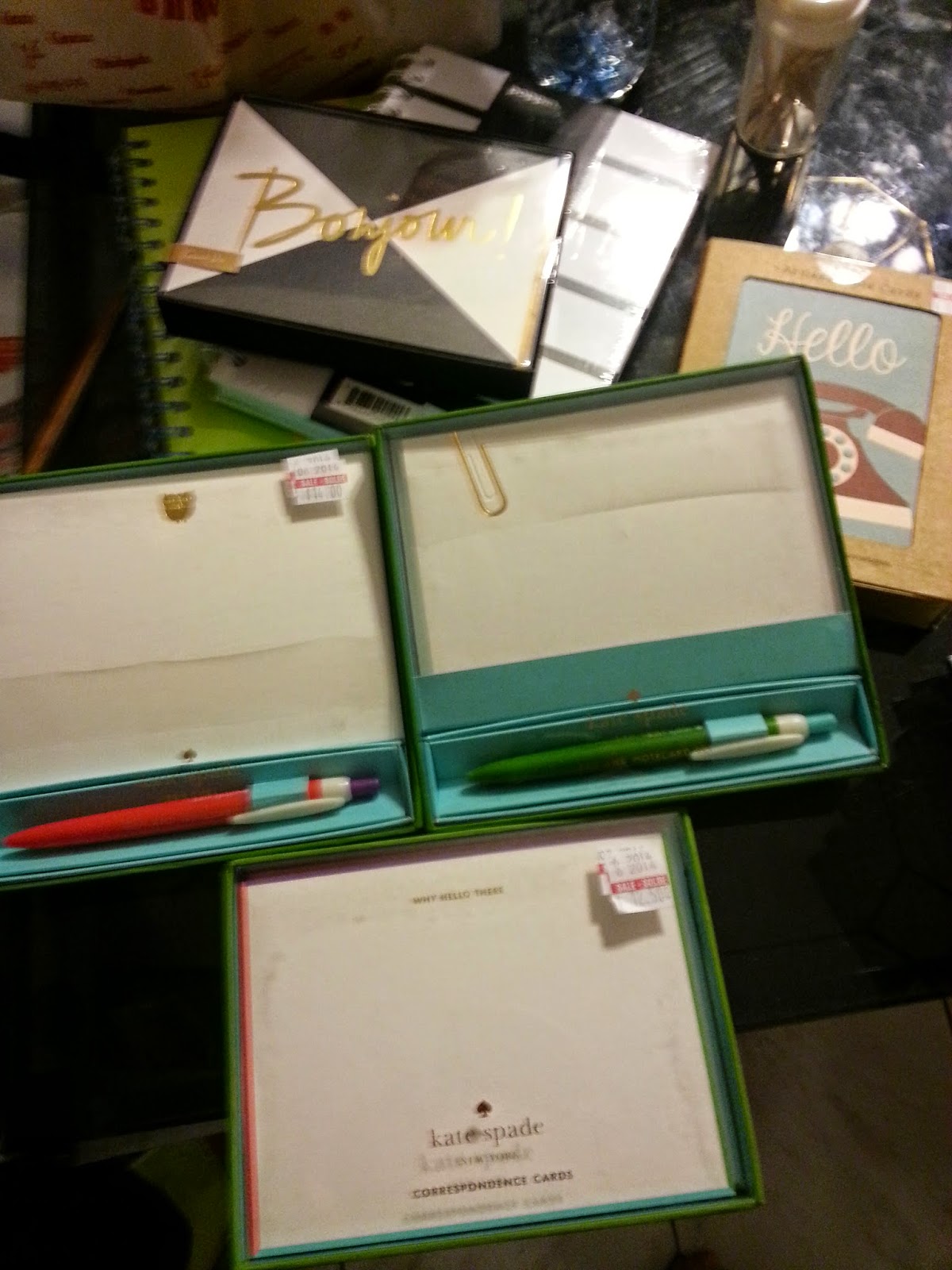 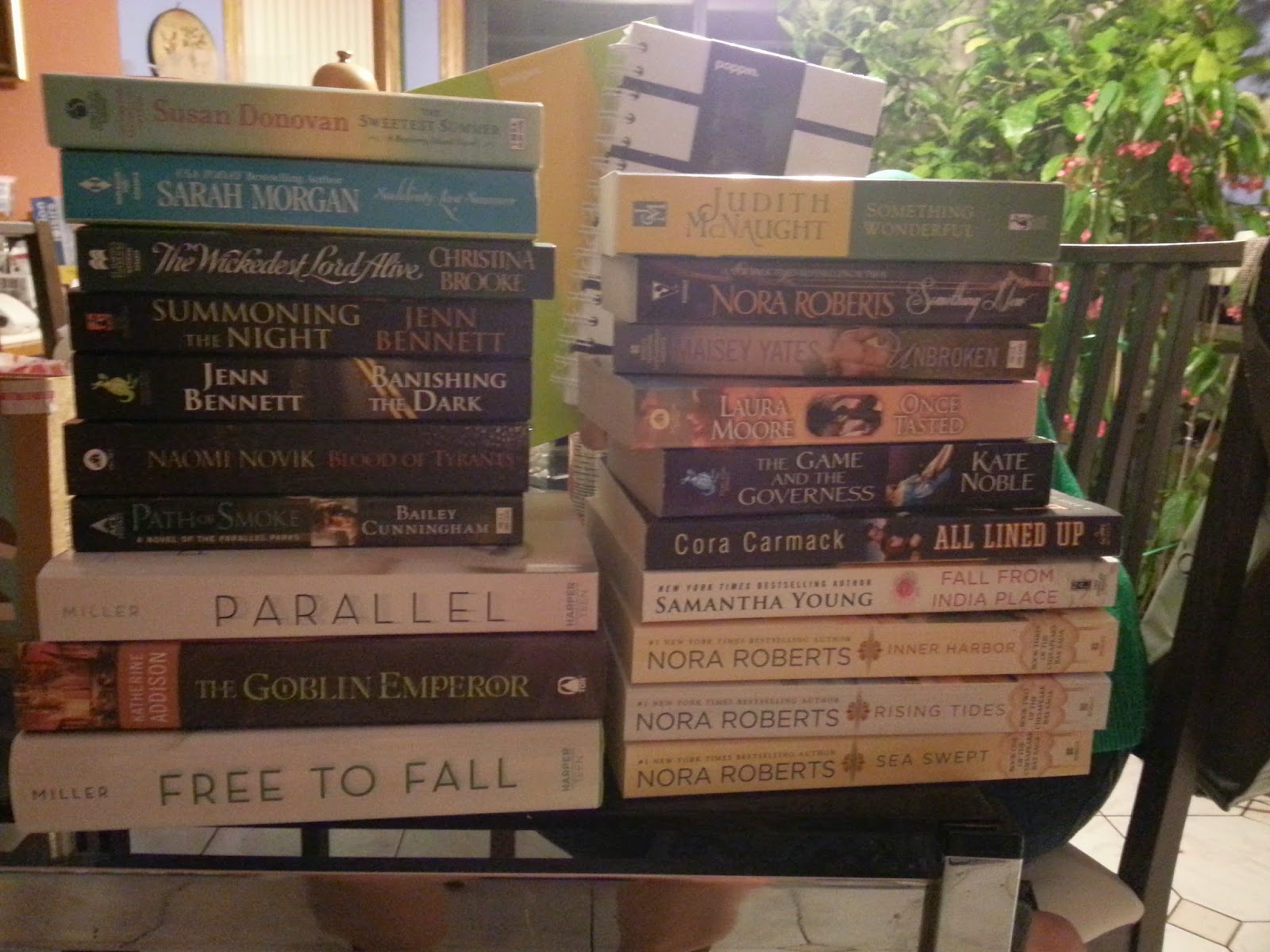 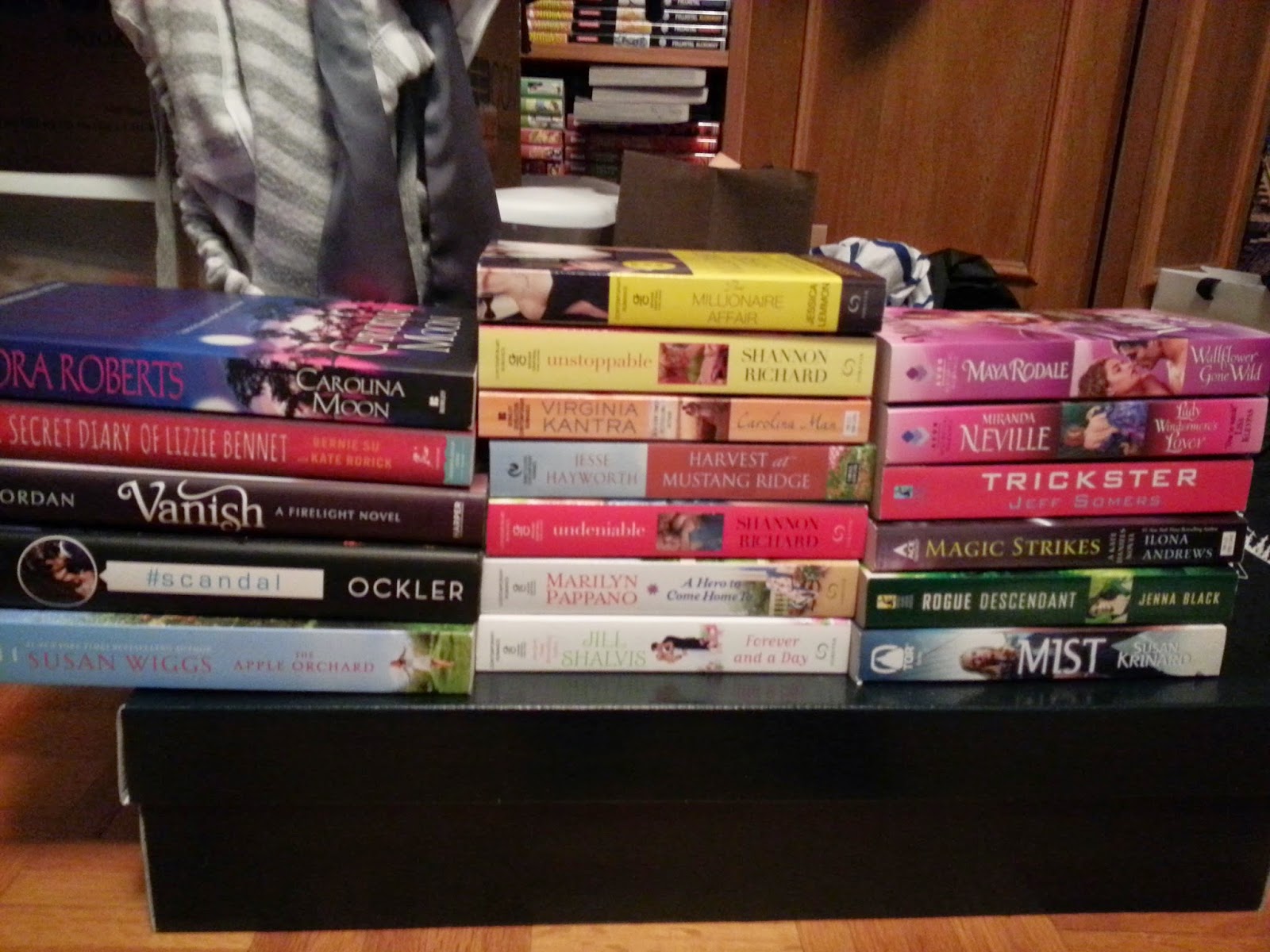 The first picture was actually what I bought on Wednesday night - in 20 minutes. And because I only had 20 minutes to browse on Wednesday, I told myself I had to go back on Thursday... Just in case I missed anything. Really, I didn't need to go back. I don't need more books... but 50% off!!! It NEVER happens. Never! Just couldn't help myself ^_^;

So there you have it. My shopping sprees for September... If that was all I spent money on, I'd be lucky... but nope. Curling season is coming up and open house is next week-end. And September is far from over. My poor wallet. Can you hear it moan and whimper? LOL.

What about you? How is September treating you?