So coming back from vacation, I thought I'd have so many things to share with you all... and I do. However, it seems that my blogging mojo has deserted me again. Sigh. Even sadder, it seems I'm not the only one - Ames too :( In a bid to find our blogging mojo, we're turning to the 30 Day Blog Challenge again. Last time, Ames was the host... so it's only fair I'm hosting this time :) Any other takers?

Basically, we just want to get back into the routine of blogging by posting something everyday. It can be short, long, book-related or not. It can be a picture, a video, a thought. As long as a post goes up :)

So for the next month, you can expect to hear about books, Chinese dramas and Rio Olympics from me!! Stay tuned! 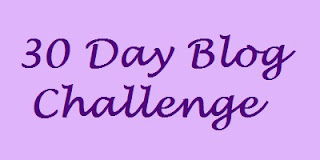 Finally, my first review for a Sarina Bowen book! Woohoo! I discovered Ms Bowen a couple of years ago and promptly fell in love with her writing. Many of her books have become favorites, but I've been in a blogging funk for so long that I never got around to review them. Hopefully, I'll remedy that... but for now, here's my review for Bittersweet, the first book in her new True North series :)


If you can’t stand the heat, get out of the orchard.

The last person Griffin Shipley expects to find stuck in a ditch on his Vermont country road is his ex-hookup. Five years ago they’d shared a couple of steamy nights together. But that was a lifetime ago.

At twenty-seven, Griff is now the accidental patriarch of his family farm. Even his enormous shoulders feel the strain of supporting his mother, three siblings and a dotty grandfather. He doesn’t have time for the sorority girl who’s shown up expecting to buy his harvest at half price.

Vermont was never in Audrey Kidder’s travel plans. Neither was Griff Shipley. But she needs a second chance with the restaurant conglomerate employing her. Okay—a fifth chance. And no self-righteous lumbersexual farmer will stand in her way.

They’re adversaries. They want entirely different things from life. Too bad their sexual chemistry is as hot as Audrey’s top secret enchilada sauce, and then some.

The Story: A few years back, Griffin Shipley was forced to take over the family farm after his father's sudden death. Armed with a bachelor in chemistry, Griff hopes to forge a new path for the farm by brewing cider. All he wants is to keep the farm afloat, at least until his youngest siblings head for college. With the busiest season upon him, Griff doesn't need any distraction... which Audrey Kidder definitively is.

After a few colleges and years of self-discovery, Audrey finally knows what she wants to do in life: be a chef and own a restaurant. She's completed culinary school and is now working for one of Boston most prominent restaurant conglomerates. Each year, the conglomerate holds a contest to open a new restaurant and Audrey is determined to win. For now, she needs to impress them with her work even if it doesn't involve cooking. When she is sent to Vermont with a price list to find local produces, the last person she expected to run into is Griff.

Five years ago, Griffin and Audrey shared a couple of steamy nights together. Now reunited, they realize the chemistry is still present and as hot as ever.

My Opinion: As much as I enjoy Ms Bowen's writing, I have to admit I didn't really know what to expect from Bittersweet. In all the books I've read by Ms Bowen previously, sport has been the central theme, the common element. With this new series, it feels like Ms Bowen is branching out, deviating from the familiar path... and it's always a bit scary when it happens. We all like authors for certain specific reasons. Often times, it's because they excel in a genre and when they decide to write something else, readers never know if they'll pull it off. Ms Bowen has become one of my favorite authors and I didn't want her to fall from my personal pedestal. Good news - she didn't :)

Overall, I really enjoyed Bittersweet. My favorite part was the setting. I think Ms Bowen did a marvelous job with the Vermont setting, bringing it to life for the readers. Reading Bittersweet, I had the deep feeling that Ms Bowen knew what she was writing about, especially when it came to farming life. I could also imagine myself at the market or in the orchard :) It definitively set the right mood for Bittersweet and made my read more enjoyable!

I also thought Grumpy Griffin was a good, solid hero LOL. I have a thing for grumpy/grouchy character and Griffin definitively fit that mold :) In all seriousness though, he was a great guy. A good son/grandson, a caring big brother, a dependable friend, fair boss and great boyfriend. What more can you ask? What I liked most about Griffin is his honesty though. He didn't bluff, didn't pretend that everything was fine when it wasn't. He shared his burden with his family and tried to include them in the decision-making. Griffin was tough... but the kind of toughness that comes with the hard, physical work from the farm. Not street toughness if you know what I mean. And I enjoyed this different kind of tough :) Griffin also felt real... he was in no way perfect. He had worries like everyone else and they were believable. I appreciate that he wasn't bitter about having to take over the farm. You could feel that he loved his life, even when it's not an easy one... but it didn't stop him from wondering what could have been. I thought Griffin was a well-layered character :)

Unfortunately, I didn't have the same feeling for Audrey. Not that she was a bad heroine, but she just didn't give off the same "solid" vibe as Griffin. Perhaps it means Ms Bowen wrote her character well though, given Audrey had some self-esteem issues... It was easy to understand where those issues came from because Audrey had a very demanding mother. To her mother, she came off as an airhead simply because she didn't know what she wanted in life and that was sad :( Also Audrey seemed to lack a support system - she didn't seem to have any friends of family. Anyway, I liked Audrey well enough. She was nice, friendly and it was fun to see her so passionate about food and cooking. What didn't work for me though was her dream of owning a restaurant. It's not that I didn't believe it feasible, but it was her attitude towards it. As if it was on the verge of happening. I felt she was very naive about it. Perhaps I've watched too much cooking shows, but to be the sort of chef Audrey seemed to aspire and own her restaurant... it's a lot of hard work. Years of apprenticeship, working in different kitchens, etc. It doesn't happen in an instant because you've won a contest. I felt Audrey lacked the experience. Maybe if she wanted to open the restaurant in Vermont, something low-key... I could see it. But Boston? I felt that was the weakness of Bittersweet.

I also liked the romance quite a bit. It always helps when the H/H have a previous connection. In the case of Griffin and Audrey, it was nice that they had a second chance for something more, especialy now that both of them are more mature. From the blurb, it sounded like Griffin and Audrey were going to be adversaries, the kind that couldn't have a relationship between them... but it wasn't and I appreciate that. I think it would have felt too forced if they had to stay away from each other, especially given their chemistry. I liked that Griffin helped out Audrey and that there wasn't any huge conflict. I don't think this book needed it. All in all, a lovely and intense romance :)

Finally, I loved all the secondary characters :) They were all great without stealing the spotlight. I'm definitively looking forward to Jude and Zach's books!