Yes, I'm alive... I really have no excuse for not blogging other than I lost my blogging mojo ^_^; And quite frankly, I don't know if it's back. I don't even know if I miss blogging. That's kind of sad :( I miss the people, that's for sure. I miss discussions about books... but the pressure of putting up posts, of coming up with ideas, of hoping for comments. Not really. At the same time, I'm not ready to close the blog and call it quit. I guess we'll have to see where this goes.

So, what have I been up to? Well in my defense, back in September, I was really busy. After the shopping trip, I went to the States again at the end of the month. We had a family celebration - 70th wedding anniversary/95th birthday. Pretty awesome isn't it? It was a great week-end... Gorgeous weather, happy event and family. I haven't realized how much I missed that side of the family. Oh, and I totally made up my lack of shopping loot LOL.

Not long after we came back from Boston, I received some bad news from Hilcia. Her husband, John, was gravely ill. I love my blogger friends :) I've met quite a few of you while traveling :) However, aside from Ames, Hils is probably the blogger friend I know best because I've visited her quite a few times and stayed with her on those occasions. And every time, John opened his arms wide and welcomed us. He was an awesome man. So when we got the news, my sister and I wanted to see him and we made the drive on the Canadian Thanksgiving week-end. And I'm soooo happy we did it when we did, I'm so happy we got the chance to see John one last time before the disease took him away T_T

After we came back, well curling started up for me. Once again, I'm playing in three leagues this year. The difference though is that I play on Mondays instead of Sundays... and well that takes a toll on my sleep ^_^; The beginning of the season was kind of rough, but I think we started getting it together on all three of my teams and are now starting to play better and get some wins :) The only set-back was last week-end. There was a special tournament among the curling clubs in Montreal. My debutante team (5 years and under) entered it together and well, I got injured ^_^; Slipped, fell and landed on my shoulder. Got lucky that I didn't hurt myself too badly... However, I did injure my rotator cuff. Went to physio last week and have another appointment this week. It's still sore, but at least, hurt less... Seriously, from now on, I'll have to mark off November on my calendar. Something always seems to happen in November. Sigh. 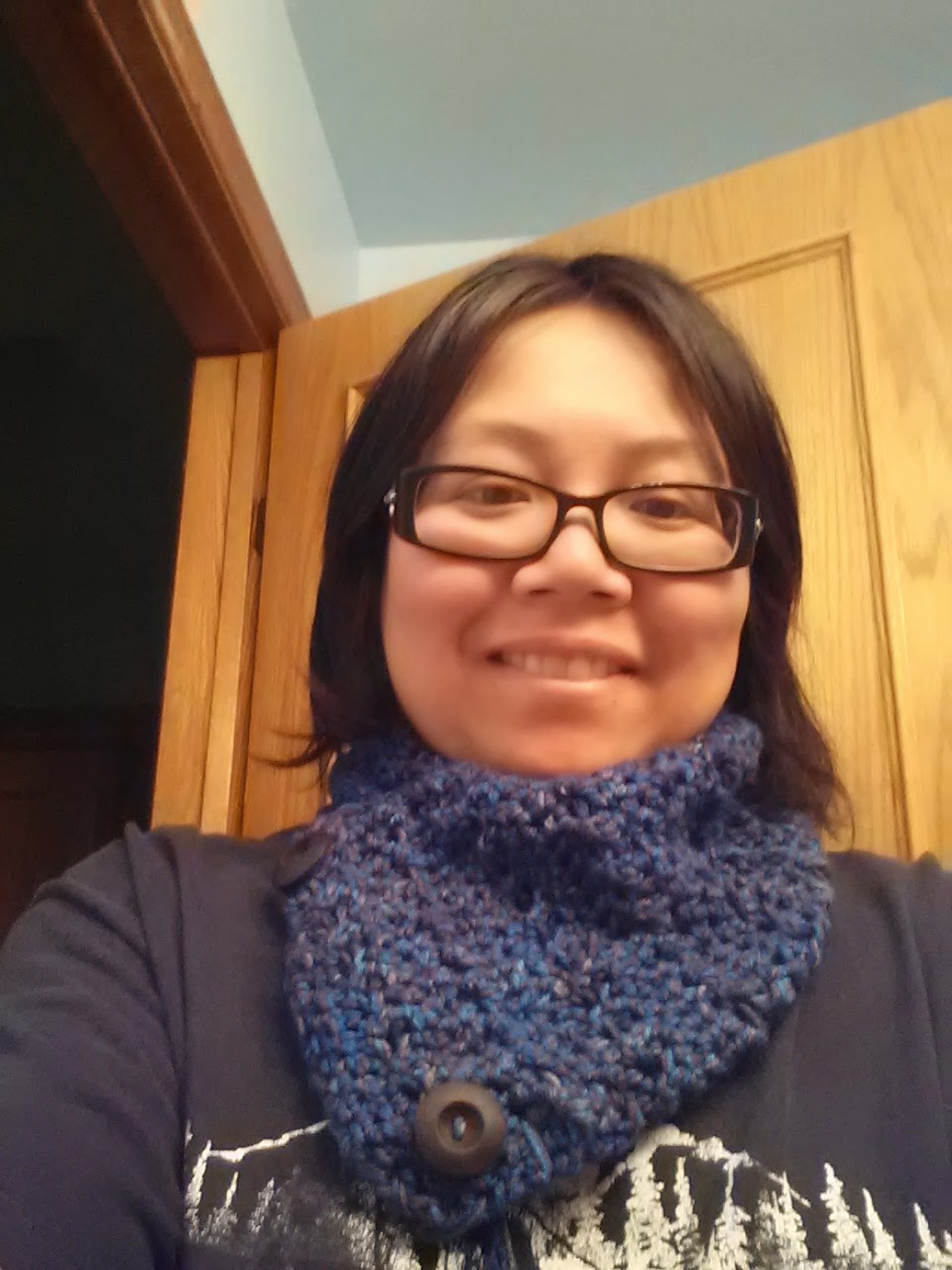 Aside from curling, I've been crocheting a bit. I made a scarf for myself :) I hope to do a hat and
handwarmers that will match that scarf. There's another twisted cowl on my project list - I'm actually excited to start that one!! And my dad has just expressed interested in an infinity scarf in the past week. That's cool because it's right on time for Christmas!! So my sister and I will team up... My sister is going to knit the infinity scarf and I'll crochet a matching hat... Anyone has pattern suggestions? LOL. We went out and bought the yarn this afternoon. Hopefully, we'll be done in time. Speaking of Christmas, parties have already started! Our annual gift exchange is in two weeks... I'm hosting. And then, V decided to spoil us this year and we're having a Turducken on the 23rd :) Yum yum. Can't wait for the holiday season!!

And last, but not least, I have been reading :) Actually, my reading is going really well this year. I'm on track to hit my target this year which is 175 books. I've read some really good books too... so I'm hoping my blogging muse comes back so I can share with you all my thoughts :)